A magic rain on Titan

In this article, I will take you on a journey to one magic place approximately 1,2 billion kilometers away from Earth.

This composite image shows an infrared view of Saturn’s moon Titan from NASA’s Cassini spacecraft, captured in 2015. Several places on the image, visible through the moon’s hazy atmosphere, show more detail because those areas were acquired near the closest approach. NASA/JPL/University of Arizona/University of Idaho.

Titan. Have you ever heard that name? I am sure you did. One of the moons of planet Saturn, the second largest moon in the Solar System with an average surface temperature of −179 °C. I’m not scaring you, this is the real world over there. This makes the world of Titan definitively quite a cold destination for a vacation of humans, but not such a bad place for the robotic explorers. In this article, I will uncover the magic of rain that you (or the robotic probe) can definitely experience on Titan. 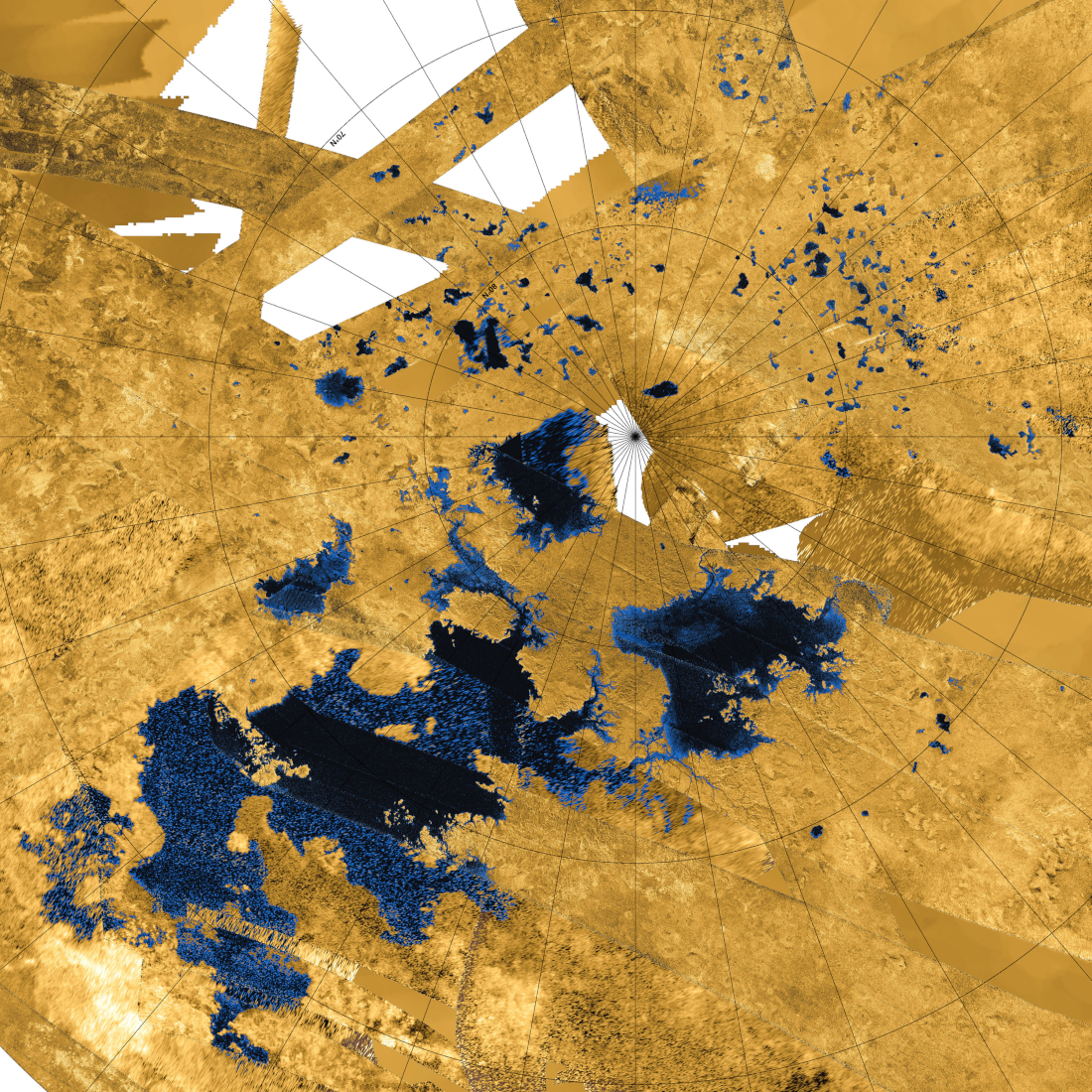 Radar images obtained on July 21, 2006, by Cassini spacecraft have confirmed the existence of the lakes and seas of methane. The largest one is called Kraken Mare. Image credit: NASA/JPL-Caltech.

We know the wind on Titan creates dunes, similar to the ones here on Earth or Mars. But when talking about the weather – does it rain over there, in the world of Titan, one of the moons of Saturn? Yes, it does. And the rain there is something magic. Titan is a place that is very cold and with an atmosphere that is very dense. In a combination with weak gravity, the recipe for great magic is born. 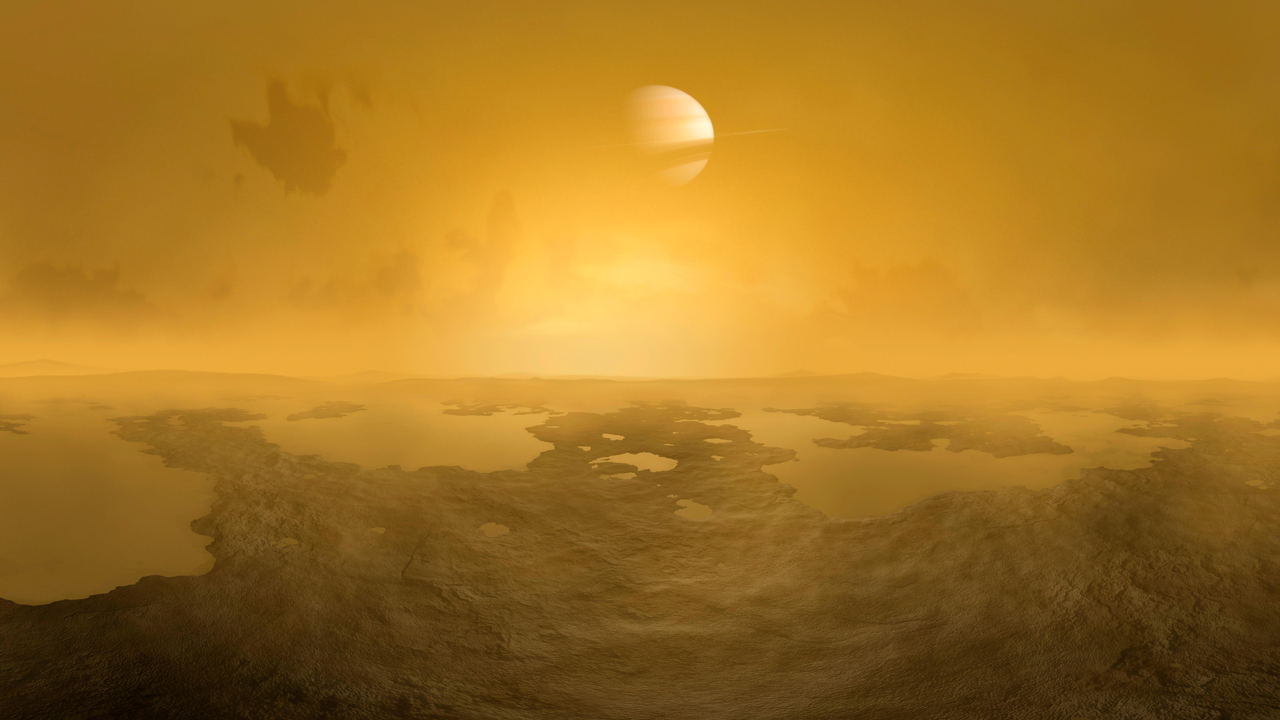 When looking at the world of Titan from its orbit, we can see a world very similar to the one we already know. The one that has been present here on Earth for billions of years. The world of a rocky planet covered with lakes and seas. In the case of Earth, we know that it is water that is forming the surface of the planet and creating various shapes that we know today. Lakebeds and seabeds, terrain structures precisely formed by water, and other various shapes of the terrain formed by erosion forces of rivers.

This is Earth as we know it, but let’s switch back to Titan. The planetary conditions of Titan do not allow the existence of liquid water as we know it here on Earth. The conditions there allow the existence of something else – liquid methane. Methane on Titan is not just in a liquid form, it exists there in the same cycles as we know the cycles of water here on Earth. It flows and creates methane rivers, then it creates lakes of methane and seas of methane. When it gets into the Titan’s atmosphere, it makes clouds and then it rains back to the surface in a very magic form. The size of the drops is around 1 – 5 centimeters in diameter and their movement is something we can maybe compare to the falling snow here on Earth.

Just imagine that magic beauty, raindrops falling at a very slow speed way down and due to the dense atmosphere – moving to the sides during their falling. And the amount of drops is huge. The drops are falling down back to the surface covered by many “ice rocks” and “ice mountains”, then flow in the rivers back to the lakes and seas of methane. And the movement of this liquid methane is shaping the surface of the world of Titan, exactly the same way as the water shapes the surface of the Earth.

The video below shows the mission of Cassini/Huygen’s mission that helped us to uncover a lot of the secrets of Saturn and its moons, especially Titan.

The magic drops with their slow and funny movement, in the magic colors of the environment on the surface of Titan, make this place magic, like in a fairy tale. Welcome to the planetary wonderland.

Another interesting article from my archive that is related to the Cassini mission and the moon Titan, you can read here.