Artemis: NASA returns to the Moon

NASA returns to the moon. Half a century has passed and soon people will walk on the moon again.

This time, however, they will stay on the Moon permanently. A permanent base will gradually be built on the surface of the Moon. Although I am mainly focused on planetary research using robotic probes, the new NASA Artemis program is fundamentally different from its predecessor, the Apollo program. It is related to Mars. And in what exactly? This time the final goal is not the Moon, but the long-term goal is the planet Mars. The Moon itself is basically “just a stopover”, that is, a landmark in the long-term effort to get to Mars. Although I confess, I am not a big fan of a manned mission to Mars (or to Mars) – but more on that another time. So how is the current Orion test flight of the new Artemis lunar program going so far?

Let’s look at it together… 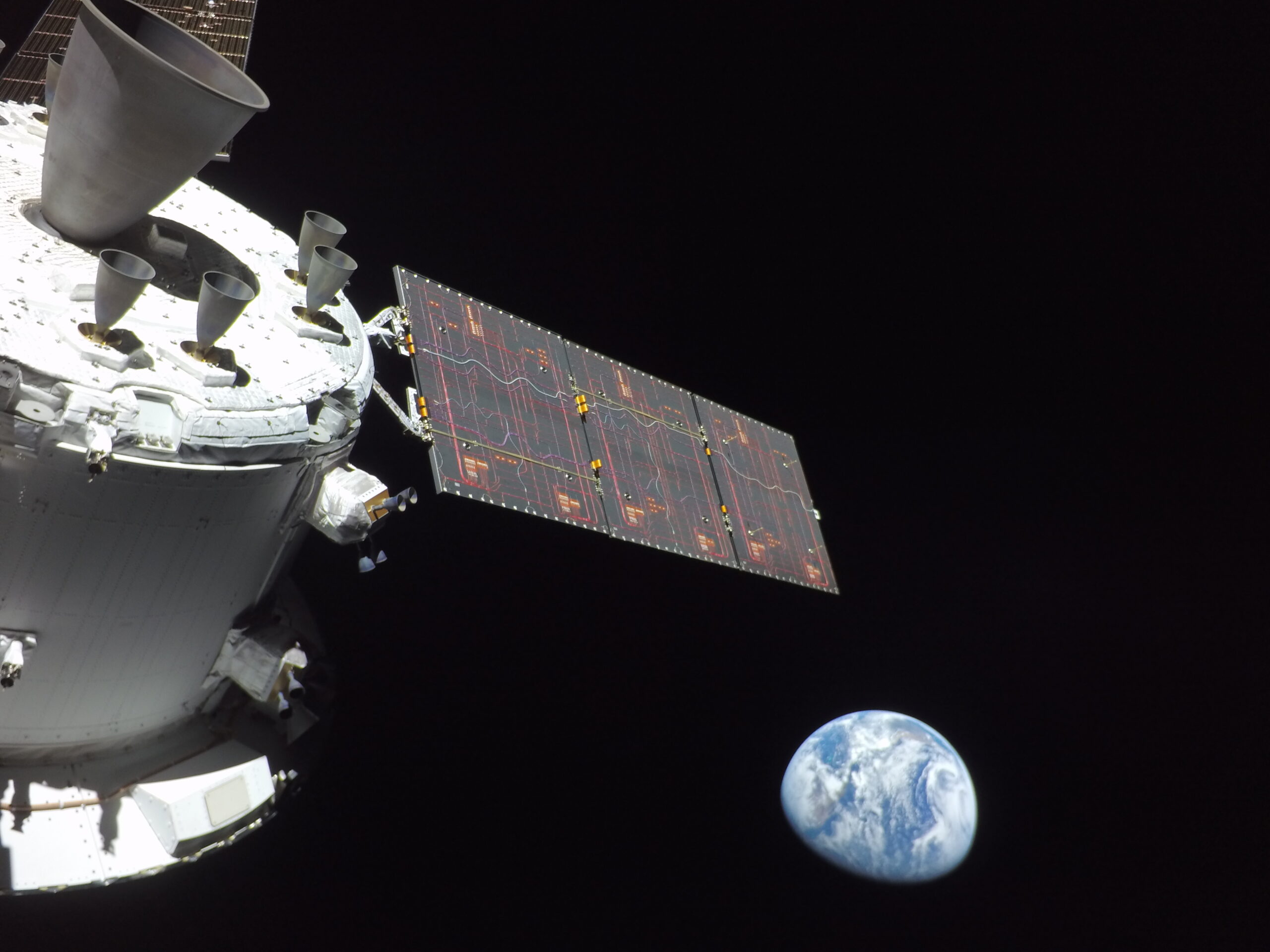 The Orion spacecraft of the Artemis program and the planet Earth are in the background.

The entire test flight revived not only feelings of euphoria of renewed human flights to the Moon, but also feelings of tension in the NASA control center in Houston. One of them was, for example, a half-hour connection loss, during which it was not yet clear whether the Orion spacecraft had been placed in lunar orbit. The correct position in orbit around the Moon was only confirmed when the Orion spacecraft emerged from behind the far side of the Moon.

So how is it going?

The Moon itself continued “to grow” in the view of the onboard cameras during Monday’s live NASA broadcast, marking the gradual approach of the Orion spacecraft to its surface. As the spacecraft passed the far side of the Moon, its onboard camera captured the planet Earth in the background. The trajectory of the flight over the surface of the Moon led even over the landing sites of the previous missions of the Apollo program 11, 12, and 14, i.e. the first three landings of humans on the Moon.

The Orion spacecraft of the Artemis program and the planet Earth are in the background.

Something to think about…

You must have noticed our planet Earth in the photos taken by the test cameras. Perhaps it is not necessary to explain the vulnerability of the Earth. How our planet is literally lost in dark space, surrounded by emptiness. In that photo, we are all photographed at the same time. And literally. This time, absolutely everyone, no one is on board any spacecraft far from our planet – although you can argue the presence of astronauts on board the International Space Station ISS – compared to the Earth-Moon distance, they are in a very low orbit, so “as if” not even in space.

In such a photo from this distance, the ISS itself is basically “invisible” and is more or less “absorbed” by the Earth itself and its atmosphere. So we are on one small blue “dot” in space, moving in orbit around the Sun at enormous speed, literally “waiting” for a close encounter with a possibly as yet undetected stray asteroid that will destroy us in a matter of seconds. And at the same time, some of the humans still cannot realize that this small blue “island” that is lost somewhere in the universe on the edge of one spiral arm of “The Milky Way” galaxy belongs to all of us. One more note – no, I’m not talking about exaggerated ecology and “nonsense climate madness” (I can tell you sometimes later my personal planetary scientist’s opinion about this). I mean something else … Have a nice day, friends!

You can also find this article in the Slovak newspaper SME.