The magic surface of Mars as seen from orbit by Mars Reconnaissance Orbiter. 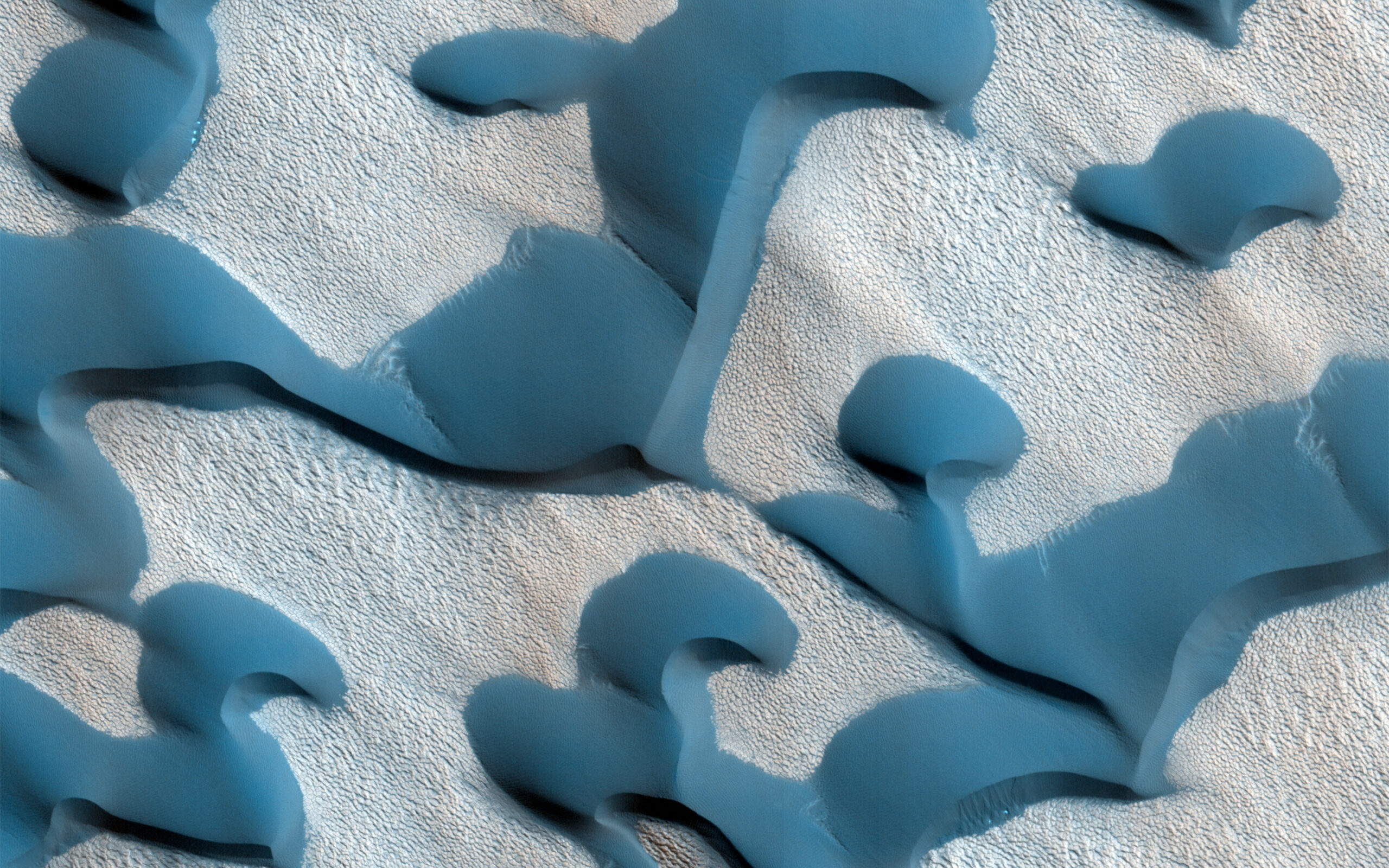 The image above: Polar sand dunes on Mars by HiRISE. Image credit: NASA/JPL/University of Arizona.

Mars has a vast sea of sand dunes in the high latitude region encircling its North polar cap, known as the North Polar erg. These dunes are made up of basalt and gypsum sand grains.

In some regions of the North Polar erg where the sand supply is limited, they take on an elongated crescent shape. The icy ground that the dunes are on top of his irregular polygonal patterns. In other areas with an abundant supply of sand, the dunes are continuous. The entire North polar erg is covered in the winter with a seasonal polar cap composed of carbon dioxide (dry ice). In the springtime, this seasonal polar cap evaporates.

What do you think, isn’t Mars a magic place in our Solar System? Definitely not just an empty desert planet.