Did you know how preparation for drilling on Mars looks like?

Did you know what preparation for drilling on Mars can look like? It can even produce some very nice sculptures! 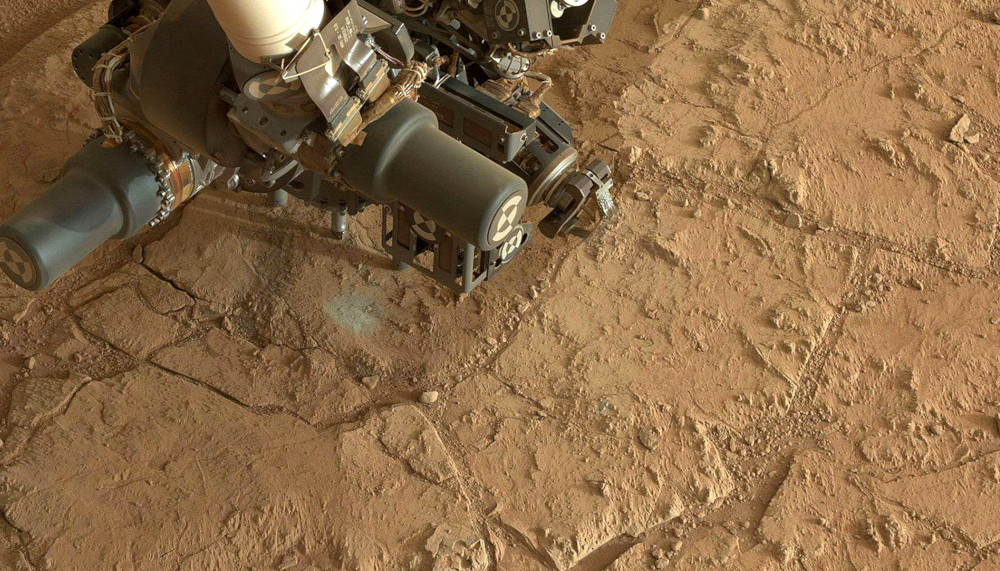 Preparing every simple step and testing every part of the system is very important. Because if something could go wrong on Mars, then there is nobody who could have it fixed. Let’s take a look at some interesting “samples” being tested on Earth.

The development of the Mars rover Curiosity’s capabilities for drilling into a rock on Mars required years of development work. This is a group photo of some of the rocks used in bit development and lifespan testing in 2007, at NASA’s Jet Propulsion Laboratory, Pasadena, California: 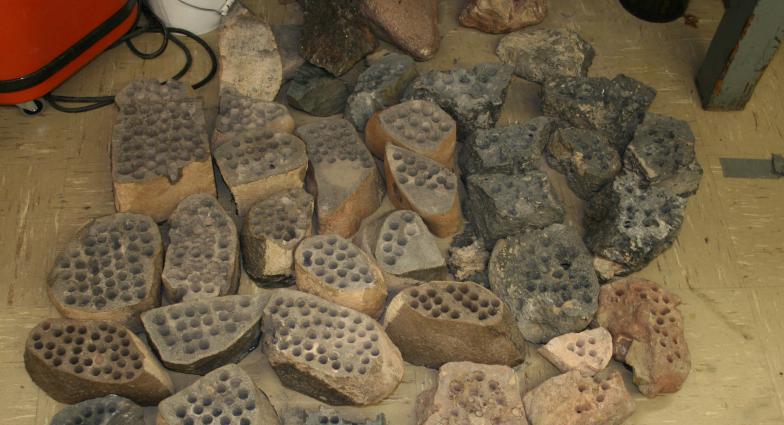 The development of the Mars rover Curiosity’s capabilities for drilling into a rock on Mars required years of development work. This is a group photo of some of the rocks used in bit development and lifespan testing in 2007, at NASA’s Jet Propulsion Laboratory, Pasadena, Calif. Most of the holes are the same diameter as holes Curiosity drills: 0.63 inch (1.6 centimeters). Development and testing models of drills for Curiosity have been used on many types of terrestrial rocks over a span of more than five years. Image Credit: NASA/JPL-Caltech

This sequence of images from the Front Hazard-Avoidance Camera on NASA’s Mars rover Curiosity shows the rover drilling into rock target “Cumberland.” The drilling was performed during the 279th Martian day, or sol, of Curiosity’s work on Mars (May 19, 2013). The video runs at an accelerated speed and loops the sequence of images four times. The actual elapsed time is 25 minutes.

And how the drill bit looks from a very close view? 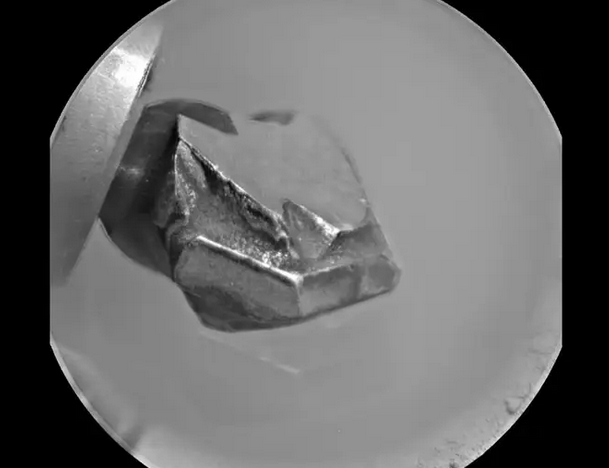 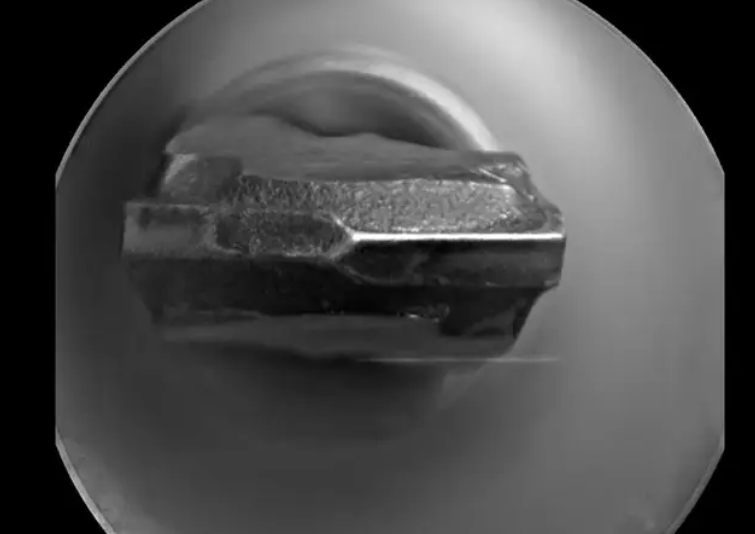 The image above is a head-on view of the tip of the drill bit on NASA’s Mars Curiosity rover. It may look scary, but do not worry. It is small, just 6 inch (15.24 cm) wide.

Curiosity and Perseverance rovers are not restricted to soil samples like all other Mars missions before. The drill equipment on the end of their robotic arms, capable of churning 1 inch into Martian rock, creates fine powder from the inside of a rock that can be poured into other instruments on board of rover to determine what chemicals and minerals are in those samples. The onboard instruments are then analyzing the samples directly inside the rover and are checking for organic chemicals made of carbon and hydrogen, considered to be for example the same as the building blocks of life on Earth.

Interesting montage of some photos of Curiosity’s drill sites: 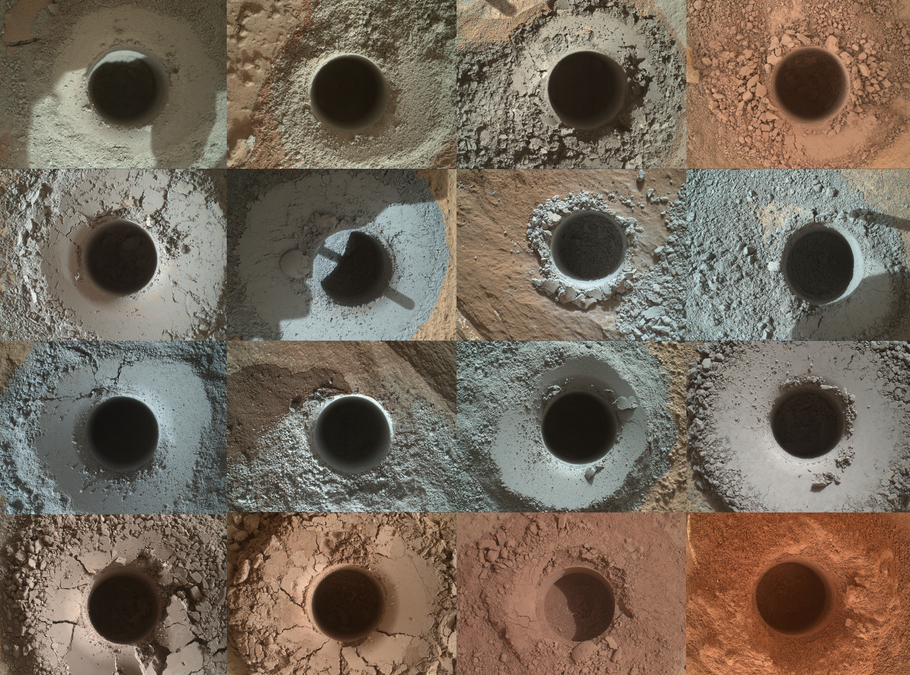 You can click on the image for the full resolution and caption.