What people left on the Moon

On that day, Apollo 17 crew members Eugene Cernan and Harrison Schmitt began their final surface mission. It started at 10:25 p.m. on December 13, 1972. Their moonwalk eneded early in the morning on December 14.

The exploration of the Moon included many missions – robotic and also manned. There have been six manned U.S. landings (between 1969 and 1972) and numerous unmanned landings, with no soft landings happening from 22 August 1976 until 14 December 2013.

Some of the interesting items include also the bags with the waste that astronauts left there. One of these bags were photographed by Neil Armstrong – see the photo below. 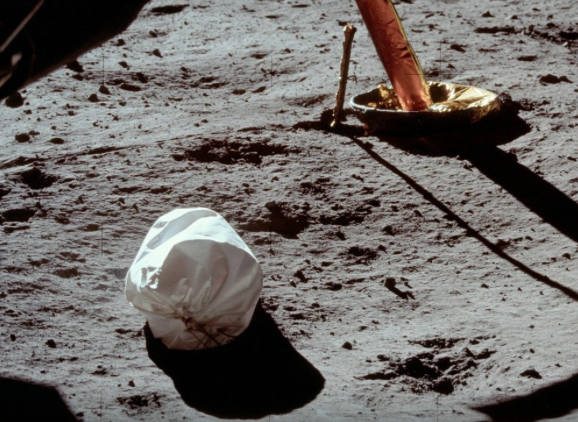