Have you ever tried to imagine how did Mars look like in the past? Or how it probably looked like with the oceans on its surface?

There are some hypothesis and one of these describes Mars as blue planet very similar to Earth. For simple imagination we can use the artist’s concept of planet Mars after the successful terraforming: 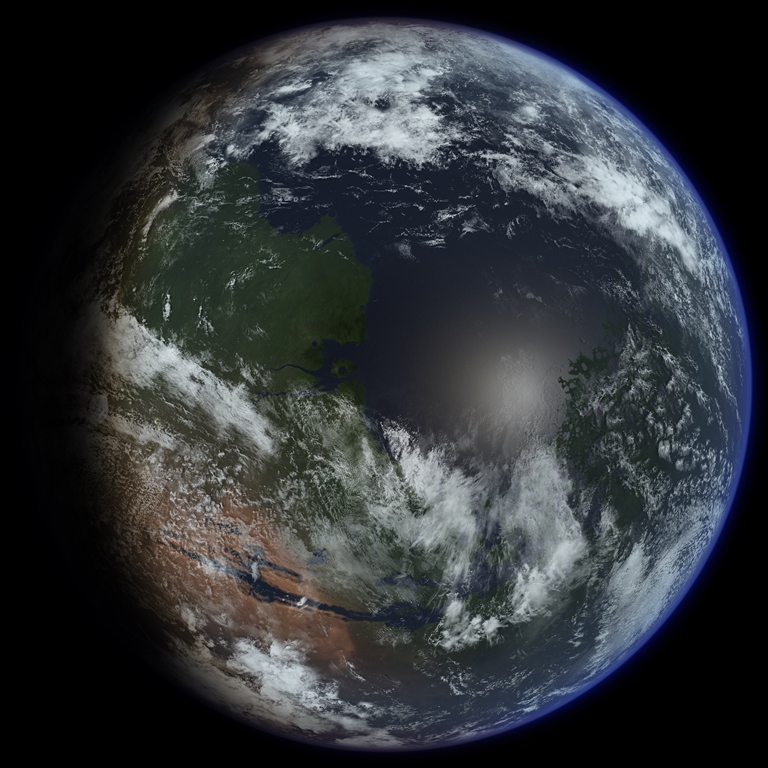 Can you recognize Valles Marineris?

OK, this is how it was probably in the past. But what do you think about the ideas of changing the red planet’s environment to the similar one as we have here on Earth? Yes, I mean the terraforming of Mars. When you hear or read this idea, it may sounds amazing. But, from the ethical point of view, would it be OK if people will “damage” another world? What if there is really some simple microbial form of life hidden somewhere under the ground and we just haven’t found it, yet? Let’s be careful with these ideas, let’s be focused more on science and research. Until we are not 100% sure that there isn’t (or is) any life form, we should think more about exploration and protection of this amazing world.