Telescope is a time machine

Can you imagine how “big” is the Universe? If you are looking at the nigh sky, just simply imagine a very small square of 2 mm x 2 mm.

Probably you can see this small square only as a very small black place. But this is “black” and “empty” only for your eyes. This small piece of the night sky contains more than 10 000 galaxies. And as we know, that average number of the stars in one galaxy is around 10 billion stars. We can simply imagine that in the night sky there are more than 10000000000000000000000 stars.

Wow! There are some interesting things which we know, for example – many stars have their own planets or other bodies orbiting them. And that many stars are not just the single stars, but the are binary stars – binary systems. How many of these planets are in a planetary habitable zone, so we can think that there may be suitable conditions for life? There can be too many of them … 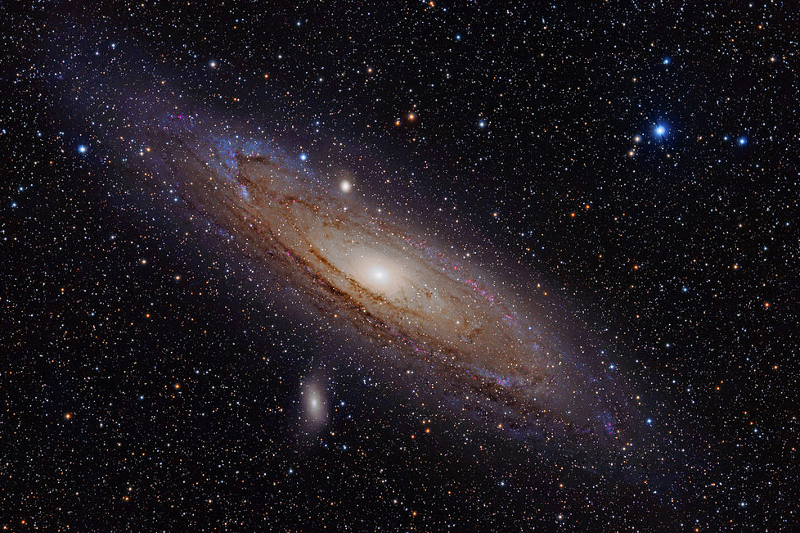 What do we see when we are looking through the telescope at some far galaxies, or when we study the pictures taken by Hubble Space Telescope? Well, we can see the past. Actually we can say, that each telescope and also our eyes are a time-machines. The truth is, that stars and the systems which we can see, most probably does not exist anymore. Because the image which we can see, is just the light emitted by these objects and received by our eyes. And we know that the light travels by constant speed ~ 300 000 km/s (or more precisely 299 792 458 m/s). These objects are so far away from us, that when our eyes just received their picture, there was already an enormous time left. And what is there now? Who knows, but surely there is still our Universe, which is still evolving. Many people knows the nearest galaxy to our galaxy Milky Way – the galaxy named Andromeda (in local galaxy group). We can see Andromeda galaxy how it looked like 3 billions years ago.

OK, looking to the past. But what if we are just looking at ourselves only on our planet Earth? Yeah, that’s interesting. Nobody can see the present. It is still the matter of traveling light. For example the person standing in front of you, you can see how this person looked like 8 nano-seconds ago. Interesting, isn’t it?